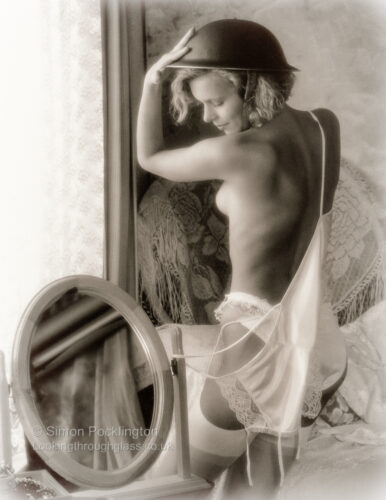 The comic strip character Jane appeared in the Daily Mirror from 1932 to 1959 and was created and drawn by Norman Pett. Initially Pett’s wife modelled for the character and she appeared in single pictures It was not until 1940 when Christabel Leighton-Porter became the model for Jane and, to quote Norman Pett, ‘she began to appear as a strip and to strip,’ that she became popular.