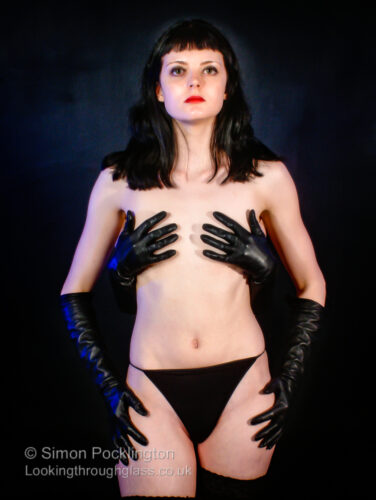 Facebook is quite conservative when it comes to nudity. Any hint of nipples must scrupulously be removed whilst bikini clad babes creep through.  Are Facebook missing the point? The nudes of ancient Greek statues and many paintings are aesthetically attractive. Whilst many were certainly conceived with and erotic element, it is the aesthetic that is appreciated now. The modern scantily clad model, particularly when placed in a conflicting setting (as mentioned in a previous article, a girl in lacey underwear in a landscape) is infinitely less aesthetically pleasing, but much more acceptable to the censors, than a naked one. This applies to both online and offline.

I am not suggesting that we make Facebook arbiters of what is and is not aesthetically pleasing. Too much or what we see and read is already controlled and fed to us by online multinationals, governments and faceless pressure groups.

It is easier to produce erotica using clothes than fine art work. Take a look at But is it Fine Art

Unless you are trying to replicate an early Greek statue the model’s expression is the key to any photograph. The first thing we look at meeting another human is the face, this also applies when we look at a two-dimensional representation of a human. Whether they look aggressive, challenging or seductive will influence the viewer. Models who are good actors can help you recreate the desired expressions.

Look at the work of other photographers, film makers and artists. Try to work out ‘how did they do that?’ Don’t try to slavishly copy their work, you won’t be able to do that anyway as you will be using a different model with different expressions, but try to recreate their lighting, settings or costumes. Use and develop their ideas as inspiration for your own photographs.

Creative Nude Photography shows you how to go beyond the norms of conventional glamour. The book contains sections on the concept, but is it art plus practical advice on finding models and camera techniques. The final section shows examples of creative nude projects